This Wednesday night on MnRTV Live Show we investigate probably the world's most secret place area 51! For decades, a U.S. military installation located roughly 100 miles (161 kilometers) north of Las Vegas had been one of the worst-kept secrets on the planet. Area 51, as it's commonly known to UFO conspiracy theorists and aviation buffs who piece together the details of classified military spy plane prototypes, is a place whose existence the U.S. government long refused even to acknowledge. Also we will be taking a look at Men In Black. The Men In Black is now a motion picture experience, but eyewitness accounts of these shadowy figures have been documented for 50 years, and they have become as integral to UFO lore as the Philadelphia Experiment, Roswell, Area 51 and crop circles. Aptly described as "sartorial agents of silence", they are believed to move in groups of two or three. They wear black suits and ties, travel in similarly coloured Cadillac's and turn up at the houses of those who claim to have seen UFOs. They will warn these witnesses not to pursue their. investigations. They may confiscate any "evidence" that the "contacted might have collected. They seem to have telepathic powers, they are uncannily well informed, and give the impression that they work for the government - although US intelligence agencies have denied all knowledge of them. They are born of the same kind of paranoia that underpins sightings of flying saucers and claims of extraterrestrial abduction. The most common post Roswell stories are victims losing several hours of their lives, often after witnessing a blinding light, and for years afterwards suffering recurring nightmares about being experimented on by aliens. Youtube Link will be up 15 min before the show! Tune in this Wednesday if you can at 7:30pm Eastern time, that’s 4:30pm Pacific for another MnRTV live show also feel free to have your say on the chat. We now have a Question Period and please feel free to send and questions that you may have to Mario or Robert at this email address mnrtvliveshow@hotmail.com To view this Live Show please click here http://mnrproductionsmariolaur.blogspot.ca/ 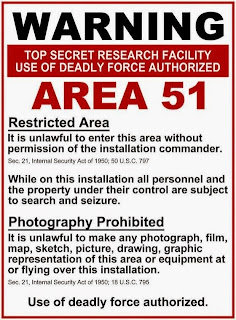 Popular pictures of the past 2 weeks!!

Posted by Unknown at 6:44 PM No comments: