This Wed night on MnRTV Live Show we have a guest that is literally out of this world Jujuolui Kuita who is an Et Hybrid Reptilian. (Pronounced Zsho-Zsho-Lee, also known as Juju) Jujuolui (Juju) is the creator/manager of the Star Being & Spiritual Center, LLC. She has been in the field of Ufology and Metaphysics since a very young age. Having ET contact since the age of 5, Juju became awakened to her ET identity. Later in life, she became a Section Director and a UFO Field Investigator for Mufon. In 2010, Juju self-published a book titled, ‘We Are Among You Already’ about ETs incarnating on Earth as Starseeds and is currently writing book 2! Juju has been in various media including; written articles, radio shows, filmed for documentaries, movies, and aired on Jesse Ventura’s Conspiracy Theory Show in Nov. 2012. Juju is testing her more scientific side during the process of obtaining a diploma in Canine Behavior as she continues to offer her story to the world. Recently, Juju’s experiences have been published in both “Meet the Hybrids” by Miguel Mendonca and Barbara Lamb, and “The Messengers” by Mike Clelland; and more on the way! Juju is a certified Reiki Master practitioner offering her services to animals and people. She uses this very special gift to help the animals she rescues in her dream job as an Emergency Animal Medical Technician. ***Jujuolui can be reached by email at: faquian@hotmail.com Her website is http://weareamongyou.tripod.com/ You will not want to miss this show with an ET Hybrid! Join us this Wed night on MnRTV Live Show The link for the show will be up 15 minutes before the show! Tune in this Wednesday if you can at 7:30pm Eastern time, that’s 4:30pm Pacific for another MnRTV live show also feel free to have your say on the chat. We now have a Question Period and please feel free to send and questions that you may have to Mario or Robert at this email address mnrtvliveshow@hotmail.com ‪#‎MnRTVliveshow‬ ‪#‎resistance‬ 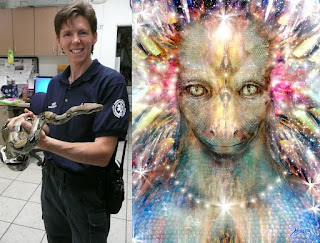 Popular pictures of the week:

Posted by Mario Info Madman Laurier at 8:36 PM No comments: