This Wed night we have special guest author Richard Smoley as we talk about occult teachings and How God became God! Richard Smoley is an author specializing in spirituality and religion. His latest book, How God Became God: What Scholars Are Really Saying about God and the Bible, was published by Tarcher Perigee in June 2016. After taking a bachelor’s degree magna cum laude in classics at Harvard in 1978, Richard went on to the University of Oxford in the U.K., where he edited The Pelican, the magazine of Corpus Christi College. He took another B.A. in the Honour School of Literae Humaniores (classics and philosophy) in 1980, and received his M.A. from Oxford in 1985. The most important part of his stay at Oxford came from his contact with a small group that was studying the Kabbalah, one of the mainstays of the Western esoteric tradition. It was here that he was first introduced to many of the ideas he has discussed in his books and articles. Richard’s book Conscious Love: Insights from Mystical Christianity, was published in April 2008 by Jossey - Bass. His discussion of consciousness, causation, and the existence of God, The Dice Game of Shiva: How Consciousness Creates the Universe, was published by New World Library in November 2009. His book Supernatural: Writings on an Unknown History was published in February 2013 by Tarcher/​Penguin. Richard lectures and gives workshops throughout the United States and occasionally abroad. Organizations that have sponsored his talks and workshops. His website is http://www.innerchristianity.com/ Join us this Wed night on MnRTV Live Show The link for the show will be up 15 minutes before the show! Tune in this Wednesday if you can at 7:30pm Eastern time, that’s 4:30pm Pacific for another MnRTV live show also feel free to have your say on the chat. We now have a Question Period and please feel free to send and questions that you may have to Mario and Robert at this email address mnrtvliveshow@hotmail.com #‎MnRTVliveshow‬ ‪#weare‎theresistance 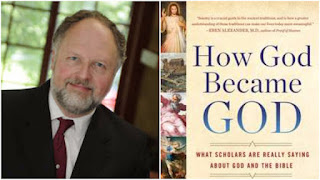 Posted by Mario Info Madman Laurier at 6:57 PM No comments: