This week on MnRTV Show we have special guest author Mark Mirabello as we talk about the afterlife with him and so much more. Dr. Mark L. Mirabello, author and a Professor of History at Shawnee State University, has served as a Visiting Professor of History at Nizhny Novgorod University in Russia. He has appeared on the History Channel, discussing "deadly cults" in the series called Ancient Aliens (and in America's Book of Secrets), and he has appeared with Professor Noam Chomsky in M.A. Littler's maverick film on freedom, the Kingdom of Survival. Mirabello's area of expertise is the "outlaw" history on the "frontiers and margins" of human civilization. He lectures on Death and Afterlife Concepts, Alternative Religions and Cults, Secret Societies, Terrorism and Crime, "Banned Books," Fascist Europe and Nazi Germany, Myths and Legends, Intellectual History, and other subjects. Mirabello has a Ph.D. from the University of Glasgow (Scotland) and an M.A. from the University of Virginia (U.S.A.) His website is markmirabello.com Join us this Wed night on MnRTV Live Show The link for the show will be up 15 minutes before the show! Tune in this Wednesday if you can at 7:30pm Eastern time, that’s 4:30pm Pacific for another MnRTV live show also feel free to have your say on the chat. We now have a Question Period and please feel free to send and questions that you may have to Mario and Robert at this email address mnrtvliveshow@hotmail.com #‎MnRTVliveshow‬ ‪#weare‎theresistance 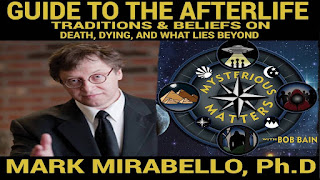 Posted by Unknown at 8:59 PM No comments: