This week on MnRTV Live show we have William Craig Reed as he discusses his book-Cold War III: How the U.S. Navy Can Defeat Putin and Halt Climate Change. What kind of technology does Putin have and does he have dangerous weapons? William Craig Reed is a U.S. Navy diver, submarine weapons technician, and espionage photographer for special operations aboard nuclear submarines, shared his analysis of the current geopolitical situation, economic chaos, and state of military technology and weaponry. Reed revealed that during the Cuban Missile Crisis, it was his father who deployed a new technology created by the Naval Research Labs to locate Soviet submarines, and this contributed to Khrushchev backing down. Now, the Russians are developing a "doomsday weapon"-- the Khabarovsk submarine, which is equipped with six massive nuclear torpedoes, he reported. Putin may position these vehicles as a threat to take out specific sea straits that are used for oil shipping routes, Reed cautioned.Ultimately, Putin wants to switch the world from the petrodollar to the petroruble so he can control the world's energy economy and prevent Russia from being harmed by Saudi Arabia oil gluts, Reed continued, adding that if this happens, it will throw the US into a depression-like crisis. Is there something that America can do to avoid this? Is this cold war III? Find out this Wed night. William's website is http://wcraigreed.com/. Join us this Wed night on MnRTV Live Show The link for the show will be up 15 minutes before the show! Tune in this Wednesday if you can at 7:30pm Eastern time, that’s 4:30pm Pacific for another MnRTV live show also feel free to have your say on the chat. We now have a Question Period and please feel free to send and questions that you may have to Mario or Robert at this email address mnrtvliveshow@hotmail.com ‪#‎MnRTVliveshow‬ ‪#‎resistance‬ 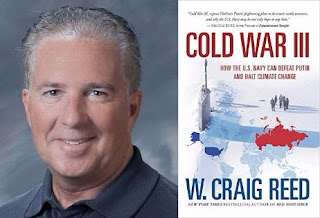 Posted by Mario Info Madman Laurier at 3:57 PM No comments: