This Wed night @ 730 est we have special guest Michael Horn as he talks about what he says is the only actual alien case with the Billy Meier Contacts Michael Horn is the authorized American media representative for the Billy Meier Contacts, which he has researched since 1979. Michael is the writer/producer/director of the award-winning new film, "And Did They Listen?", as well as the co-producer of the new documentary, "as the time fulfills", which presents an abundance of ironclad, prophetically accurate scientific evidence that irrefutably authenticates the Billy Meier case. He is the writer and co-producer of the award-winning feature length documentary, "The Silent Revolution of Truth", as well as the writer, producer and narrator of the DVD "The Meier Contacts - The Key To Our Future Survival". His website are theyfly.com theyflyblog.com Join us this Wed night on MnRTV Live Show The link for the show will be up 15 minutes before the show! Tune in this Wednesday if you can at 7:30pm Eastern time, that’s 4:30pm Pacific for another MnRTV live show also feel free to have your say on the chat. We now have a Question Period and please feel free to send and questions that you may have to Mario or Robert at this email address mnrtvliveshow@hotmail.com ‪#‎MnRTVliveshow‬ ‪#‎resistance‬ 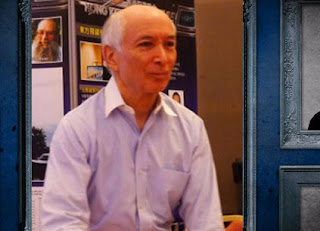 Posted by Mario Info Madman Laurier at 7:32 PM No comments: